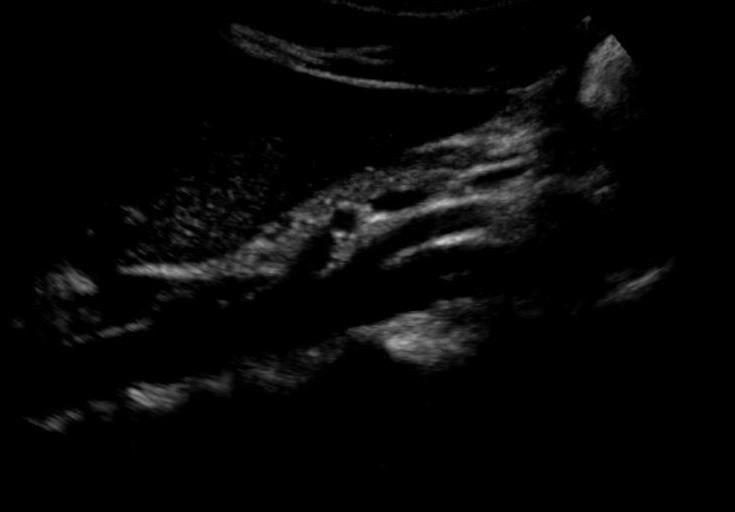 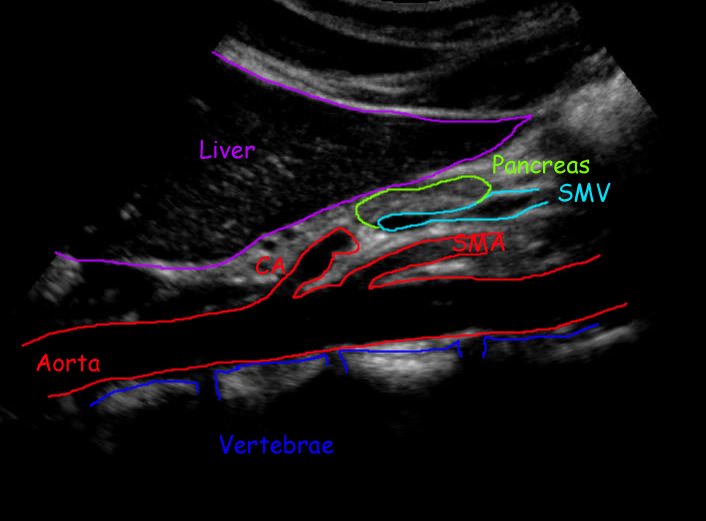 Coeliac axis and superior mesenteric artery are readily seen in this slim patient.

A moderate amount of pressure may be needed to push behind the bowel.

The aorta should be imaged in B mode from the diaphragm to,  and including,the iliac arteries.

ALL measurements should be outer wall to outer wall.

The maximal AP and Transverse Diameter are measured in the Proximal, Mid and Distal abdominal aorta.

If an aneurysm is identified ( >3cm in a male and >2.5cm in a female ) then the distance from the renal arteries should be measured . Supra or infra renal should be documented.

The maximal AP and Transverse diameters should be measured in the origin of the iliac arteries and if an aneurysm is seen then the scan should be extended to include the common , internal and external iliac arteries.

If the aneurysm extends into the bifurcation and includes one or both of the iliacs, this should be documented.

Colour doppler demonstrates the residual lumen and documents patency of the abdominal aorta.

A “heel toe” movement to ensure an angle <60 degrees is used for accuracy in any velocity measurements.